Inrotech has received an order for an extensive set of welding robots for shipbuilding in the United States. The Inrotech-MicroTwin and Inrotech-Crawler were purchased by Halter Marine in Pascagoula, Miss., and will be used during construction of United States Coast Guard’s new Polar Security Cutter. The 460-foot vessel will support U.S. national interests in Arctic and Antarctic waters.

Inrotech’s standard welding robots fits into Halter Marine’s production needs to efficiently weld the Polar Security Cutter along with a variety of ocean-going vessels. The robots will be integrated and implemented in Halter Marine’s production in order to reduce manhours, increase welding quality and improve productivity. Inrotech’s welding robots usually substitutes 4-5 welders per shift per robot. 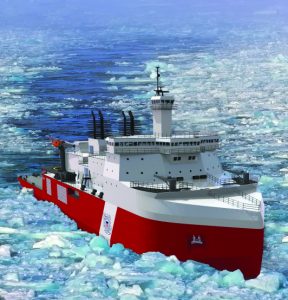 Inrotech is a Danish company which is born out of the shipbuilding industry and today shipbuilding is still the main market. Instead of huge gantries with large and heavy semi-stationary robots, which were operating in dedicated production areas where the large components were transported in order to be welded, Inrotech chose the other way around: Making small, mobile robot solutions, which can be moved to or even into the existing production layout.

This solution offered several advantages to the traditional gantry-based solutions: lower cost, less transport of large structures and flexibility to move to different working areas. Inrotech has delivered highly feasible welding robots of wind-towers, steel structures such as bridges and other applications worldwide but also for Hydro plants.

The company’s success is based on a unique technology combination of mobile welding automation and a user-friendly software. With the growing demand for quality welding, requirements for improvement of working environment, lack of skilled welders, Inrotech see a huge potential market for robot welding solutions. 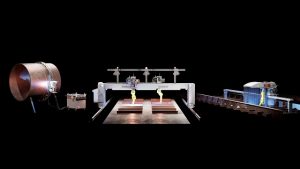