In just five years, robotic start-ups based in Odense, Denmark – the robot capital of Europe – have attracted more than 976 million USD. This year, the local Danish entrepreneurs will be joined by companies from the RobotUnion Super Stars; finalists from the pan-European robot acceleration program.

The event is being sponsored by Vækstfonden, the Danish State’s investment fund, with the objective of making matches between leading Danish entrepreneurs seeking capital backing, and top international investors on the hunt for the next “golden goose” in the world of robotics.

On December 9th, a carefully selected field of robot enterprises seeking capital will be presenting their ground-breaking automation solutions for a broad spectrum of industries at this year’s Odense Investor Summit. The 2020 summit is being held as a virtual event to involve participants from all parts of Europe and provide access to a new audience while still observing the prevailing COVID-19 restrictions. 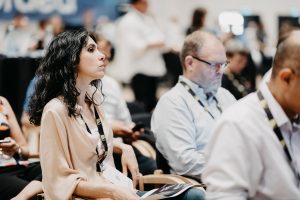 In addition to hot pitches from 15 robot entrepreneurs, the event will feature input from key figures in the global robot industry, including Jürgen von Hollen, President of Universal Robots and Dieter Kraft, Managing Director at Trumpf Venture GmbH. Cuong Nguyen, CEO & Founder of NTPC Consult, will likewise be in attendance to provide investor insight.

Jeppe Kofod, the Danish Minister of Foreign Affairs, and Peter Rahbæk Juel, Mayor of Odense, will also be speaking from the podium at this exclusive event that has already attracted 250 participants, including 100 investors from Denmark and abroad. The matchmaking will continue after the event itself, and materials from Odense Investor Summit will be available on demand.

The robot enterprises seeking capital are looking to raise somewhere in the region of 500,000–2.4 million USD per company from investors.

Here is the program for this year’s Odense Investor Summit. Investors can still register for the event via this link.

Moreover, Odense Investor Summit is now backed all year round by a digital platform at odenseseedandventure.dk where Odense Seed and Venture uses the Dealroom tool to present an overview of start-ups and investors in the field of robotics. The investors represented here comprise 130 venture capital funds, as well as 185 private investors and business angels. Together, they have invested DKK 6 billion in Danish startups over the course of five years.

The city of Odense is the hub for the Odense Robotics cluster, which encompasses more than 130 enterprises active in the fields of robots, automation and industry 4.0. The fruitful ecosystem for robots in Denmark has given rise to international successes such as Universal Robots, Mobile Industrial Robots and Blue Ocean Robotics, which all have their head offices in Odense. The Odense Investor Summit event is a shortcut to gaining insight into this ecosystem, and an opportunity to meet the robot stars of tomorrow. 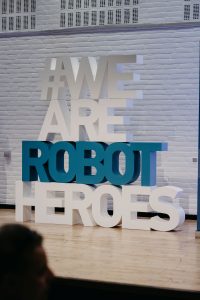 IDC: ‘Every organisation should develop an automation strategy in 2021’

Automation as a competitive advantage: CIO’s take the...

Beyond Imagination and GelSight pair tactile sensing with...