Today the virtual trade mission between the Netherlands and France has started, focusing on cooperation in the field of AI. Mona Keijzer, State Secretary for Economic Affairs and Cedric O, the French Minister of Digital Affairs, will kick off this morning. An important goal of the trade mission is to arrive at a European response to the lead that China and the United States have in AI.

AI will become increasingly important for the prosperity of the Netherlands and France, was the message at the opening of the AI ​​trade mission. It is therefore important to work closely together, for government, business, education and science. The trade mission must bring these sectors, in both countries, closer together in three days.

Pieter de Gooijer, the ambassador of the Netherlands in France, welcomed the participants during his opening. He pointed to the large-scale investment program in AI launched in 2018 by President Emmanuel Macron, for which an amount of 1.5 billion euros has been released over a five-year period. According to the ambassador, considerable investments are also being made in AI in the Netherlands, although he did not mention any amounts. “We bring that together during the mission.”

“The cooperation between the Netherlands and France is based on shared values. We both believe that AI should be used on a human level, with respect for issues such as privacy, ethics and human values. We work together on this in Europe, and on a bilateral level. That is why it is to bring government, companies and researchers together in this mission. ” 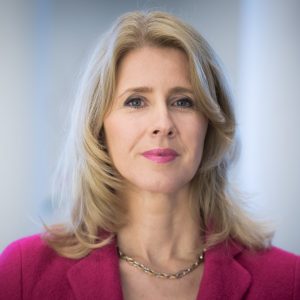 “AI is both fascinating and familiar”, Mona Keijzer continued the opening session. “Many of us have integrated smart technology into our lives. It is impossible to imagine life without it. ” She also mentions the impressive and large-scale AI program that France has set up, and the cooperation in various initiatives. “It’s good to work together on this, instead of doing it alone.”

Just as with the launch of the Dutch AI coalition, she again called for the human dimension to be taken into account in the development of AI. According to her, this wish is also an important reason for participating in international initiatives such as the Global Partnership on AI and Horizon 2020 of the European Union: “What we want to prevent is ‘computer says no’. We are at the wheel. ”

Cedric O, the French Minister of Digital Affairs, continued the session. “Few technologies have as much influence on the competitive position of our countries, and on the shaping of the world in the future, as AI. It is therefore important to invest in AI, to arrive at the AI ​​we want to have, and to shape the future of AI ourselves. Europe is lagging behind in developing new technologies such as AI. But in Europe there is a growing awareness that we have to catch up. ”

He mentions a number of things that form the basis of the French AI strategy. “The first is that we have to come along, play the game. Despite the dominance of the US and China, we are also able to participate in various areas such as agriculture, mobility and healthcare. This way we can strengthen our competitive position with our own approach. We have to be at the helm ourselves. ”

In addition, he believes it is important to stimulate AI throughout the economy. “Many large companies are already developing AI, but we also need to encourage AI in smaller and medium-sized companies. It’s about the form of AI we want to see. France and Canada have already set up the Global Initiative on AI, which involves collaboration between public and private organizations. I am happy that we can also work together with the Netherlands on this. ”

He notes a certain degree of resistance to AI and robots in Europe. “It is important to do something about it. If we want to shape the world according to European values, we have to discuss this, and answer the question how we want to shape AI, because AI will also shape society. And don’t just look at software. It’s also about infrastructure, from ASML’s semiconductors to the European GAIA-X initiative.

Gartner Forecasts Worldwide IT Spending to Grow 6.2% in 2021

Are robots and IoT coming to the...