The analists of Gartner predict that by 2024, 95% of RPA vendors will offer automation via both API and UI integration. Also by 2024, 80% of enterprise customers who have deployed attended automation primarily on a desktop will pivot to wider UX covering web, mobile and voice interfaces.

Gartner defines robotic process automation (RPA) as the software to automate tasks within business and IT processes via software scripts that emulate human interaction with the application user interface. RPA is used across different business functions to perform tactical task automation. RPA software enables a human process or task to be recorded or programmed into a software script. This script can be deployed and executed into different runtimes. The runtime executable of the deployed script is commonly referred to as a “bot.” 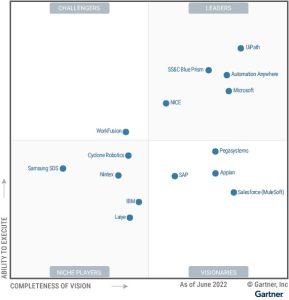 Get the report here

Research: North America is catching up in...