Gary Flood reports from the opening day of the RPA giant’s latest global non-virtual user conference, FORWARD IV—its first since the end of 2019

Well, you’d better be—as UiPath coming for you, ready or not!

That’s the main takeaway from the Tuesday’s first day of the company’s first live event since the start of COVID in Las Vegas this week, where, in two keynotes book-ending the day senior leadership laid out the thinking behind the additions to the latest of its bi-annual on-premises releases, 2021.10.

In the first, the firm’s Executive Vice President, Products & Engineering Ted Kummert and Param Kahlon, its Chief Product Officer, walked through the main features of 2021.10, using a pretend company example (‘Desk Corp’) to illustrate key stages of workflows using the new software around the themes of “discover, build, manage, run, and engage”.

Along the way, Kummert attempted to define what ‘fully automated’ means. He told delegates that introducing new capabilities like computer vision and getting more AI into the system to make understanding, classifying extracting information from all forms of documents easier and a new Automation Hub, plus a configurable metadata-based way to configure “the KPIs and dashboards and charts that you care about”, UiPath customers will be able to “unleash AI across every facet of [your] work”. As a result, he stated, “We want to make sure that enterprises can quickly discover all their opportunities and capture them, so we’re focused on making sure that a platform can support that. I think we’re all going to look back one day and say, this was the dawn of the automation era, and we were there and were a part of making it happen.”

His colleague Kahlon then worked with his pretend ‘Desk Corp’ customer to show how 2021.10 speeds up automation steps with everything from new discovery tools to new machine learning models for things like named entity recognition and OCR, plus support for sentiment analysis and entity recognition to help companies process their emails quicker, as well as many new connectors. Judging by reaction in the hall, the announcement of support for Linux-based robots that can be deployed in containers may be a popular one for developers—a key part of what he claimed to be “hundreds of new capabilities that we’ve added to the platform”. 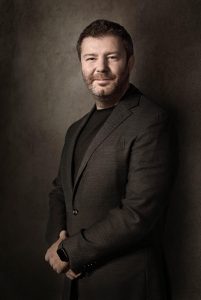 The keynotes were also a chance to flag either new partnerships or the development of existing one; Kahlon introduced one, cybersecurity technology company CrowdStrike, while CEO Dines used his speech to announce a deepening of the firm’s link with Accenture, with the latter committing to training 10,000 new UiPath “automation specialists” for its RPA practice and the building of consulting service offerings around deployments for Amazon Web Services and SAP across several industries with the additional focus on banking, insurance, manufacturing and the public sector over the next three years.

In contrast to his technical peers, Dines used his time on stage to showcase a few significant client accounts as part of an overall narrative about where he sees the company and automation headed. These ranged from customers such as Coca-Cola Turkey, alleged to be the first UiPath user to “embrace the fully automated enterprise mantra”, JPMorgan Chase, Applied Materials and Dentsu (whose use of RPA we profiled in May).

Dines for sure talked tech, too, singling out the potential of the company’s work on semantics which will mean a robot won’t need to be told every time that a screen in front of it is an invoice or a patient information form, so will be able to proceed automatically: “The moment it understands this is a new invoice or a new banking processes, it’s going to be capable of doing so many more things,” for example. 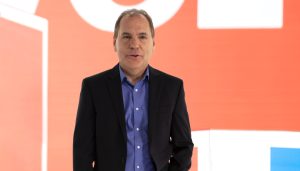 Along the way, Dines struck an on-going theme of the enormous social and business progress he is convinced will come through use of robots. “We’ll put the power of automation in the hands of more people,” he promised, as, “the more we simplified the development, we open it to a lot more people”, and praising a Dentsu project around involving non-neurotypical people in its projects: “Here’s one of the great things about robots: they don’t discriminate. They don’t think about colour, or gender, or autism—they just see who you can be.”

The bigger picture for him and his company, it seems, is the move to live up to what he declares is UiPath’s ‘purpose’—to accelerate human achievement. “We are all moving into a new world; the future of work is here, automation is a big part of the future of work, and we are committed to make it a reality,” he said.

“Our culture embodies being humble, being bold, being fast and being immersed. I believe these are not only our values, but they are the values of the new way of working. And I believe that all of us would like to live in a world that is driven by these values.”